The ascendant describes the personality, appearance, the first impression the person makes, the way they interact with the world. Ascendant can reveal how a person moves, gestures, sometimes facial features they have or even circumstances they were born into. However, it is very important to consider the whole horoscope.

Your ascendant position in Zodiac Sign you can find here: 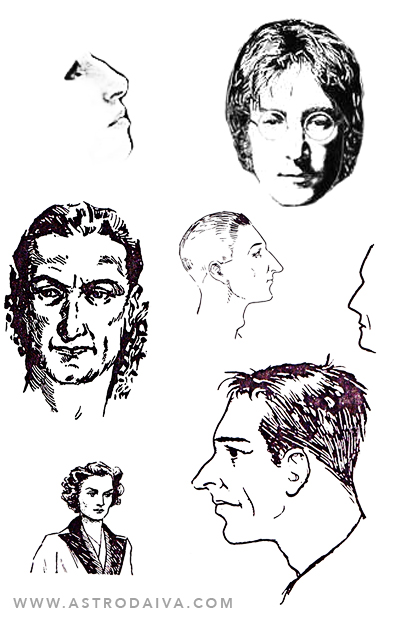 Appearance, gestures, and character. They are straightforward, valiant, leader-type personalities, pioneers: communicates directly, openly; in a non-harmonious case, can be rough, insolent. They do not hide behind the back, it is natural for them to be in the center of attention. Simplicity, openness, strength are their traits. Usually, they like sports, activities. In one way or another, the characteristics of Mars are evident: angular jaw, dense eyebrows, large nose, red-faced, but not because of shyness, but out of anger, they something seems like a boxer. Men may be prone to early baldness.

Celebrities. Perfect examples of such an ascendant could be celebrities like John Lennon (Sun in Libra) and Barbra Streisand (Sun in the Taurus), Shakira (Sun in the Aquarius). These people do not have any planet in the Aries, only the ascendant, which gives fire to these personalities. 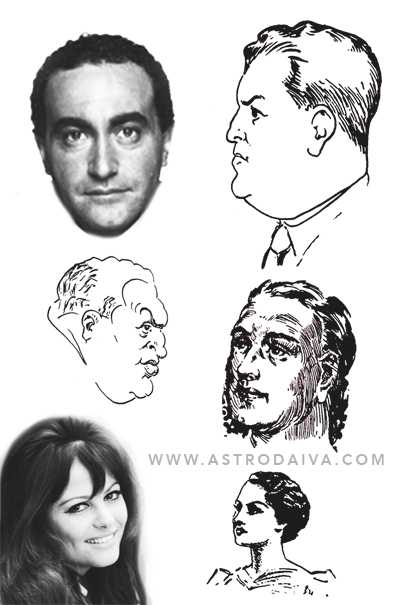 Appearance, gestures, and character. Embossed features of the face, and body lines are characteristic of such people. They look nice, harmonious – features are neither sharp nor swollen, but round, embossed. They are beautiful people: soft jaws and lips, strong build, rich features, but they can have a short neck. Often stocky than elongated. Such people have good manners, tactfulness, and are practical, sober-minded, love comfort and beautiful things, but at a reasonable price – so they can gain prosperity. Move softly but firmly and confidently. If they sit on a chair, it’s not on the edge, but steadily, comfortably. They look at others with sweetness and calm. They can hold a glance for a long time.

Celebrities. This ascendant reflects the movie stars Melanie’s Griffith and Claudia Cardinale’s feminine grace. From the famous men, the multi-millionaire Dodi Al Fayed, who so impressed Princess Diana, had this ascendant. 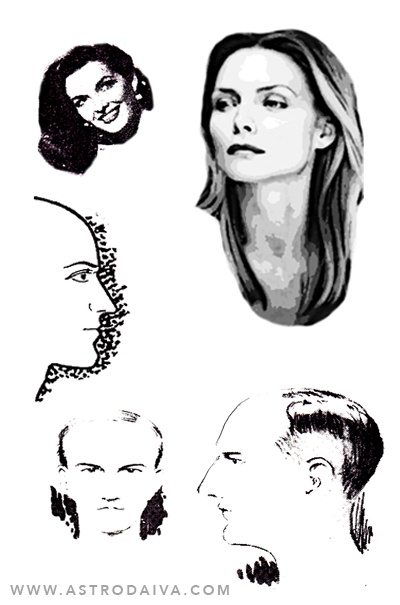 Appearance, gestures, and character. These are living, and dynamic people. It’s hard for them to sit in one place. Even if they are not very talkative – which is most dependent on the position of Sun and especially Mercury – they are still open to the world, constantly ready to communicate. It seems much easier for them, to get in touch, to start speaking with strangers like with familiar people. Externally, the ascendant of Gemini gives features of sharpness, elongation, especially profile’s: there may be a sharp nose, pointed chin, long arms. Well, they are curious, interested in everything, nosy. This is the expression of the increasingly powerful Mercury which is the ruler of Gemini. There are two typical forms of lips: either like a tied ribbon or thin, though the shape of the lips mostly depends on the influence of Venus. Pretty common eyebrow shape.

Celebrities. This lively, cheeky glance has Bruce Springsteen (Sun and Moon in Libra), Rickie Martin (Sun in Capricorn, Moon in Pisces), Michele Pfeiffer (Sun in Taurus, Moon in Virgo). All of their faces are animated by that playful smile, and the open gaze as they say: “Well, what are you saying?” They are not afraid of communication, they are the masters of communication, they like artistic postures, feel great on stage. Youngest British Prime Minister, Tom Blair, can be an example too. If the ascendant is not harmonious, they can be nervous, flexing, obsessive, with compulsive movements or seizures. Well, in general, they are charming people who have conquered many hearts with their charm and artistry – like Pamela Anderson, Gina Lollobrigida, Rickie Martin, Greta Garbo. They all like diversity, new impressions, and being in the public eye. 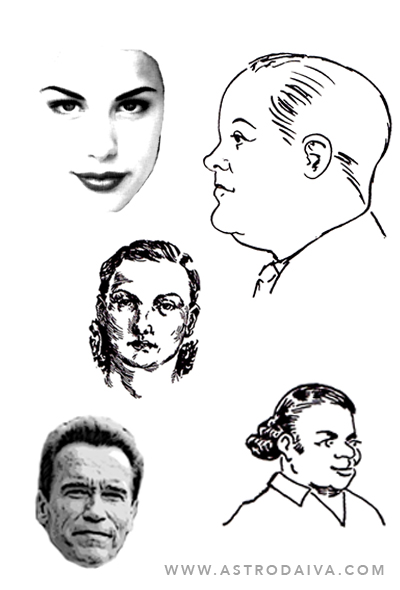 Appearance, gestures, and character. Their features are expressive, maybe a bit blurred eyes, soft, can be slightly swollen facial features, mild, silky hair, pale skin. Women have a beautiful bosom. These are sweet, gentle people who create around themselves a sense of security. Many charming women, film stars, have an ascendant in Cancer. Ascendant in Cancer gives the impression of tenderness, sensitivity, even some fragility. Such a woman is like a beautiful virgin in a meadow – romantic and gentle, caring, loving children, and giving the impression that someone must take care of her. Again, the Sun in Scorpio or Capricorn can make this impression deceptive – a hard nut lies beneath the soft exterior. Men are of two types: Daddy or Best Friend. No matter how many women they have, they always take care of the family, children. Appearance, gestures, and character. This ascendant stands out with a dignified posture: straight back, head high. They have a kingly, straight posture, open look, while with Sun in Scorpio it is not so. The face is not agile, may look like a mask. They have luscious curls like Tina Turner’s. When the ascendant sign is Aries, or Sun is in Aries, the curls are like spirals, small, but the Leo ascendant or Sun gives lush large curls. They do not like “laced” or too neat hairstyles, stylish ones they like. In general, they have good taste, they even walk like models or showmen and often they are ones. They like good quality, stylish items, this is their trademark. Men’s shoulders are wide, hips are narrow, and they like to make accent this. 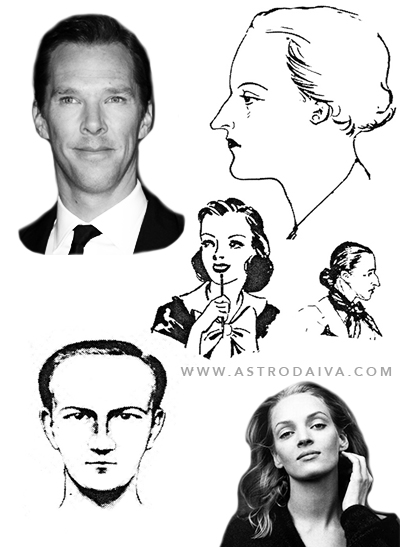 Appearance, gestures, and character. Their appearance usually makes an expression of a certain modesty, of dryness – it seems that in their world intellect, not feelings prevail. Small, pointed features, analysing, or anxious glances are characteristic of them. They are clever, curious, intellectual people. The head is usually heart-shaped: wider at the top, large forehead, pointed nose, eyes close enough, pointed chin, compressed or thin lips. These people are great analysts, critical, attentive, precise, but adaptable; practical, duty-bound, interested in health topics, perfectionists, intolerant of clutter (though their sense of order sometimes may be strange).

Celebrities. They may be a type of “scholar”, “freak genius” or “analyst” like Benedict Cumberbatch, Woody Allen, Nicolas Sarkozy. However, modesty and supposed grayness, should not deceive: such eccentric stars as Madonna, Sharon Stone, the impressive Uma Thurman also have an ascendant in Virgo, as well as charismatic Tom Cruise, Keanu Reeves, and illusionist David Copperfield. Even if shocking is necessary for the stage these people seem to be thoughtful, intellectual, sometimes ironic.

Appearance, gestures, and character. women and men have good body proportions, are fascinating, with good manners, elegant. They stand and sit gracefully – know how to sit down nicely: women’s knees neatly folded, hands neatly positioned. Generally, it is the graceful zodiac sign. Their hairstyle is light, fluffy, or sleek, but not heavyweight. They are elegant, tactful, able to listen to an interlocutor: they make you feel important. These people are easy in communication, tend to agree with the interlocutor – if they can’t decide on the spot they say “yes”, and they make up their mind later… (Scorpio acts vice versa). Their look is open, easy, cute but cool. They know how to behave on stage, how to attract and charm the public. 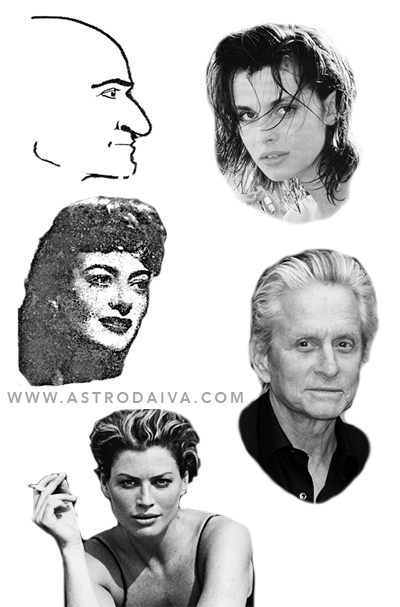 Appearance, gestures, and character. There are a lot of representatives of this ascendant in our latitudes, so don’t think that everyone will have some mystical appearance. Yes, their glance isn’t open, but exploring, penetrating. If they notice you watching. them, they will take their eyes away, then come back to examine you. In this way, this ascendant is clearly different from the surrounding ones (Libra’s and especially Sagittarius). There may have jaundice, large feet, pronounced lower jaw or protruding eyebrows, or another disproportion. On the other hand, their appearance can be curious. They won’t be scared or try to please everyone – they find shallow people irritating. In the company they will initially adopt the position of an observer, a researcher; even if they are talking, they are still exploring the situation. Such an ascendant gives depth, passion, and perhaps drama. Such a person is not interested in well-known paths and easy-to-read books, as well as easy victories, superficial relationships. The so-called fatal women and men often have this ascendant. They have some mystery and power, sexuality and/or danger, and you do not know what to expect from them. 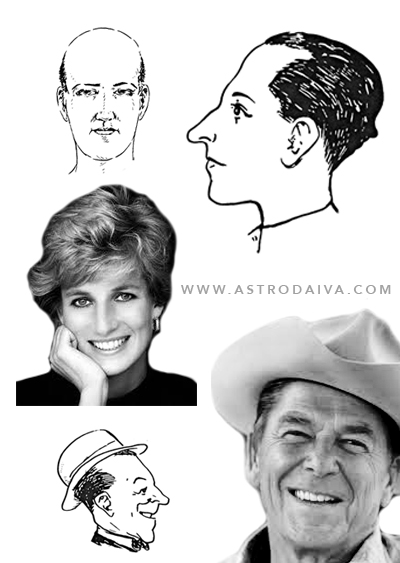 Appearance, gestures, and character. are energetic straight, warm, people glowing with an open gaze. Joy, optimism, a broad outlook, social interests are their key personality traits. They are full of energy, positivity, certainty, and some independence, authority; interest in travel, higher education, or social activities. They do not like to live “in their village”, prefer to travel, explore the world, exotic countries, cultures. May have a tendency to the large body size, radiate authority. Because of not proportional upper and lower body parts, they may need different sizes of suit parts. They are something like centaur: strong powerful legs, wide hips, belly, and a much smaller top. Or, for example, men’s chest is hairy, and legs are not. They may look like made up of two parts: sometimes they notice this when it comes to choosing the size of the clothes. The face is usually oblong, oval or rectangular, large head, a high forehead, large ears, a cleft chin Men tend to get bald early. 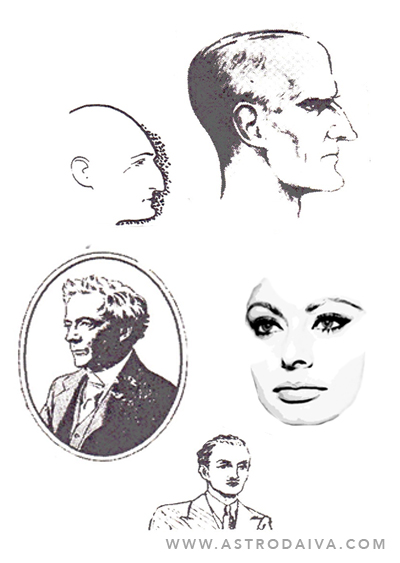 Appearance, gestures, and character. cheekbones, elongated face, deep-seated eyes, the small lips are the typical facial features of Capricorn. In general, they have a pronounced bone system. They never are reddish, on the opposite, the skin of the face may be even greyish. In appearance and behavior, you feel a certain degree of rigor. Movements can also be a bit sharp. Men somehow resemble moose, women somehow resemble goats. They are serious, responsible people, like order, understand hierarchy.

Celebrities. People like  Gary Kasparov, Anthony Hopkins, Sean Conery – a tough nut to crack. strength and realisation grow over the years – it seems they will not be afraid of time. A good example of this is Queen Elizabeth II of England. Many beautiful women have this ascendant, the beauty is monumental, like perfect sculptures: Monika Bellucci (Sun in the Libra, Moon in Capricorn), Patricia Kaas (Sun in Sagittarius, Moon in Aquarius), Katherine Deneuve (Sun in Libra, Moon in Leo), Naomi Campbell (Sun in Gemini, Moon in Sagittarius), Sophia Loren (Sun in Virgo, Moon in Aquarius) are all representatives of this ascendant. 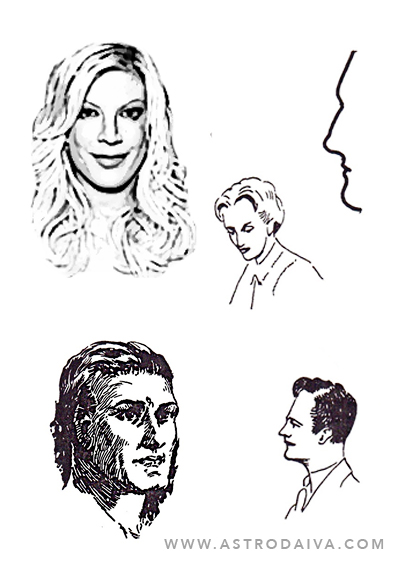 Appearance, gestures, and character. of all, they radiate lightness and freedom. Their interesting feature, both the Sun and the Ascendant Aquarius, is that their joints can bend abnormally even in the opposite direction. Apparently, this expresses their tolerance, freedom, non-attachment. People of this ascendant are fewer than other ones. As a rule, they are thin, prolonged. Even if they are plump, still look light. They walk with a jump. Character is unpredictable, spontaneous, it is difficult for them to plan what will happen in a week or even the next day if other indicators in the horoscope do not provide stability. They can match seemingly unmatchable things colours, etc. They do not devote a lot of attention to appearance, dislike limitations, break all boundaries, are friendly, free-spirited, freedom is most important for them. Appearance, gestures, and character. ascendant brings big, blurry, wet, enchanting, sometimes sleepy eyes, gazing somewhere to the depth or distance; they have pale, round, full face, fluffy, soft, like “washed” features – both face and figure; full, though not necessarily large, lips, maybe a receding chin, small arms, and legs, feet,  maybe flat-footedness. This ascendant gives the impression of romance, subtlety: the person looks spiritual, subtle, artistic, “not from this world.” It is important for him to sleep, rest enough and they can draw a lot from dreams and meditation. Tend to sympathise, are gentle, emotional, something secretive people.

Your natal ascendant position you can find here: 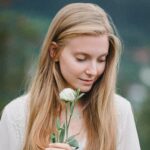 White Moon Selena moves to Capricorn. What does it mean? 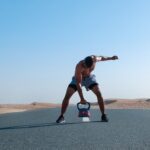 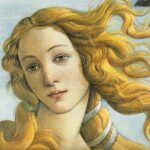